But the concept of using technology to sell local food was little more than a curious anomaly back in 2009, when Amy McCann first came on the scene.

Amy is the co-founder of Local Food Marketplace (LFM), one of the first digital platforms in North America designed to manage the aggregated online sales of local food.

In 12 years, LFM has grown in ways both anticipated and unimaginable since its humble beginnings. The company now provides wholesale online sales support for food hubs and farm-to-institution programs as well as to direct-to-consumer support for farm stands, farm stores, farmers markets, co-ops, CSAs, and other community-based venues.

The LFM platform is a tool that communities use to create "online farmers markets," or whatever they want to call it, she explains.

LFM currently serves 325 market entities that benefit more than 11,000 participating farmers and other producers of value-added products. Total sales for farmers/producers using the LFM platform is projected to reach $150,000,000 in this year alone.

"That's a lot of local food," Amy gently points out. 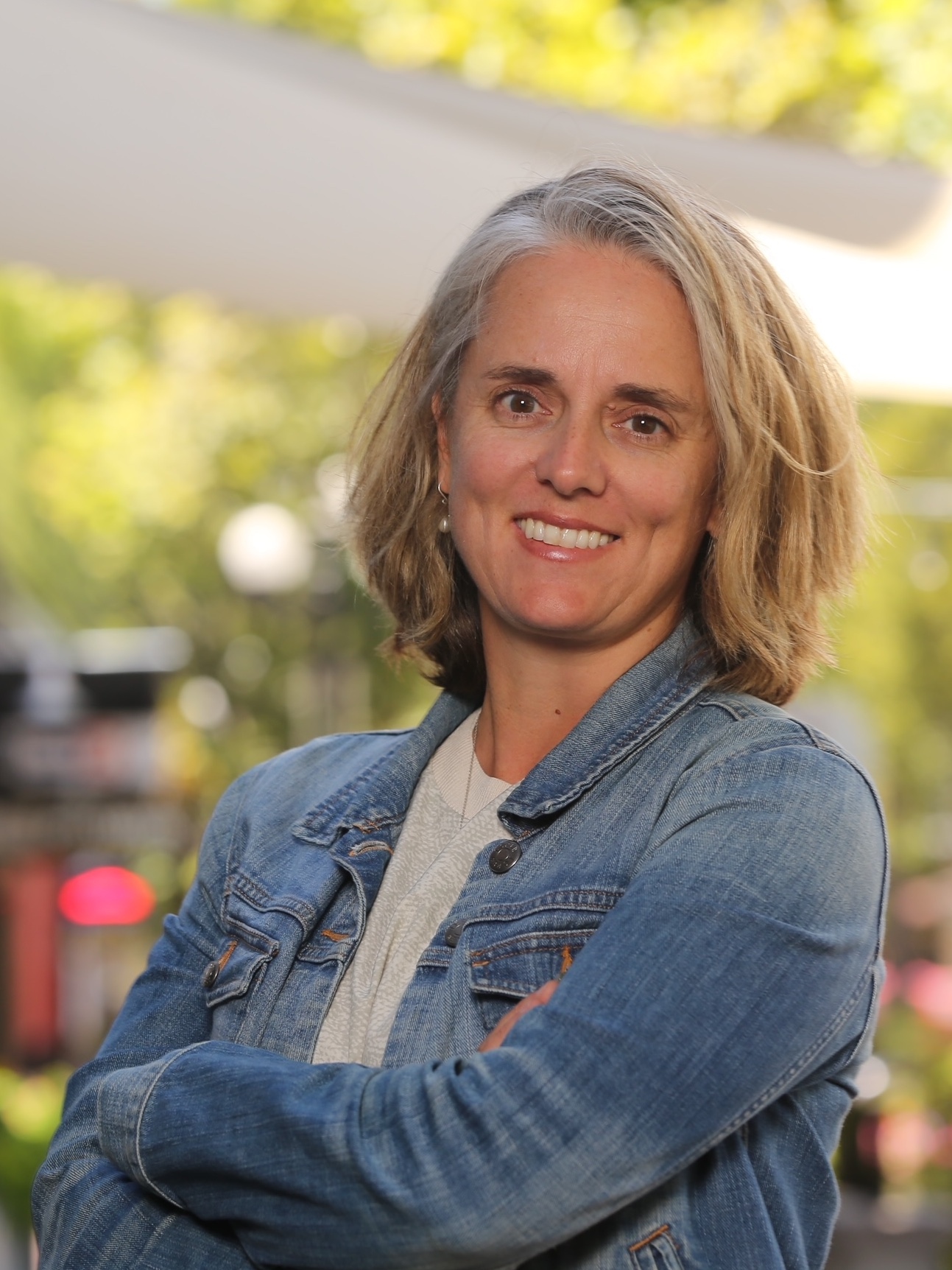 Amy brings a steely set of skills to her entrepreneurial work. She has an undergraduate degree in engineering from Princeton University, where she developed a passion for technology; she has an MBA from the University of Oregon with an emphasis in entrepreneurship and sustainable business practices; and she has 10 years of experience in the male-dominated construction industry, which she says prepared her well for the male-dominated tech industry.

Amy's entry into local food systems started like so many others do: as a passionate, dedicated consumer. Growing up in northeastern Pennsylvania, she and her family gardened and canned a lot of their own food. Amy's husband Matthew Scheibe, a landscape architect, is also deeply rooted in agriculture. He was raised on a third-generation diversified farm in North Dakota and created a master plan for Probstfield Living History Farm, his mother's family homestead in Minnesota.

Together, when the couple settled in Eugene, Oregon, they fully intended to support the agricultural economy of their community. They read the foundational books of the movement and studied the underlying politics and principles leading folks to organize. Yet the basic task of shopping for local food within the limitations of their own busy schedules proved very difficult.

"It takes a lot of effort to get all the stuff you want to buy locally," says Amy. "You have to be willing to go to farmers markets and drive around to farm stores each week. Even if you're someone who really wants to buy all your food locally, the average person just isn't going to do all that."

Amy found herself on a self-appointed mission to make local food easier to find and purchase. She believed technology could be used to help consumers connect with and purchase from multiple farmers at once. She also envisioned helping farmers be more efficient by generating pre-sales. Finally, Amy says, she hoped to help level the playing field within her own local ag community. She knew that some farms, especially the newer ones, had a hard time competing with established farms. "Our local farmers market had already tapped out," she explains. "There were no more spaces" for newcomers.

And so, in 2009, having decided she had had enough of the construction industry, Amy finished her business degree, gave birth to her first child, and co-founded Local Food Marketplace with business partner Doug Frazier. Doug had written LFM's original technology for Eugene Local Foods, a food hub that he and Amy ran for five years before transitioning it to new owners in 2013.

Amy focused on sales first by promoting the LFM platform in the Northwest, but she also attended conferences throughout the country, baby in tow, in those early years. People listened and responded positively, she said, but few in the established food systems circles seemed to understand how quickly the online sales platform was being adopted. "They were surprised to hear we already had customers."

"It turned out that a lot of farmers markets didn't want to go online," she points out. But there were other community innovators who did. "A lot of people wanted to come visit us to see how it was run," she recalls of her early years running the platform at Eugene Local Foods. "It was really grassroots really approachable." As of last year, market entities using the LFM platform exist in all 50 states, the newest located in Oklahoma.

There have been many changes in the way local food is aggregated and sold in America over the last dozen years. From her position at LFM, Amy has seen a good deal of that evolution. She recalls when USDA Secretary Tom Vilsack appointed Kathleen Merrigan as deputy secretary of agriculture during President Obama's first term and helped usher food hubs into place. Amy also recalls attending the first National Good Food Network Food Hub Collaboration, in Chicago in 2012, a food hub conference hosted by the Wallace Center. "That's when we were like, 'oh this isn't just about direct-to-consumer [sales]. We need to make [the platform] for wholesale, make it for institutions, too.'"

"We quickly gained market leadership in the food hub space because there weren't a lot of platforms out there at that time We did a lot of heavy lifting."

One element that continues to set the LFM business model apart from others is its strict adherence to a flat annual fee charged to market entities rather than taking a percentage of sales. This firm policy, Amy notes, is rooted in LFM's core values.

"There's been the 'Uber-ization' of so many types of businesses, and I don't like it. I don't like how people have become commodities, and that profits and benefits are tilted in the wrong direction, away from the people doing the work," she explains. "I want to be a different kind of tech company. I want people to not have to think of tech companies as 'takers' all the time. There should be shared wealth across the ecosystem."

She continues, "The concept of disruption is very popular in the tech world. ... But why do we have to approach it that way? Can't we be inclusive? Rather than trying to destroy others' businesses, can't we help make them better?"

Amy and Doug also decided to forgo investment money, a decision somewhat antithetical to the typical tech start-up. Amy notes that investors look for "a much faster turn-around on their investments" than she knew sales of local food could provide. So they made an old-school business decision, she said. "Let's go get a bunch of customers instead."

"It was a lot of bootstrapping and a lot of not paying ourselves very much or not at all for a while. But it gave us the freedom to grow the business the right way, the way it needed to be."

"The relationships are the most important," she explains. "At the end of the day, you can have great technology, but if you don't have good relationships it doesn't matter what you've done. If you build trust and do the right thing continually by your customers and your employees it affords you a lot of opportunity and leeway. But this is a long game. It doesn't work in the short game."

Today LFM employs eight full-time employees, including their most recent hire, a business development manager. And they have several new projects underway, including an online EBT project awaiting federal approval, and a brand-new app that farmers/producers can use no matter where they sell. "We've taken some pretty big leaps in the last couple of years."

Despite LFM's growth, Amy says her motivation remains the same: "Working behind the scenes" to help farmers grow their sales by making local food easier to find and purchase in their own communities.