VOICES FROM THE GRASSROOTS SERIES: FOOD OF OUR ELDERS

Johnny and his cakes 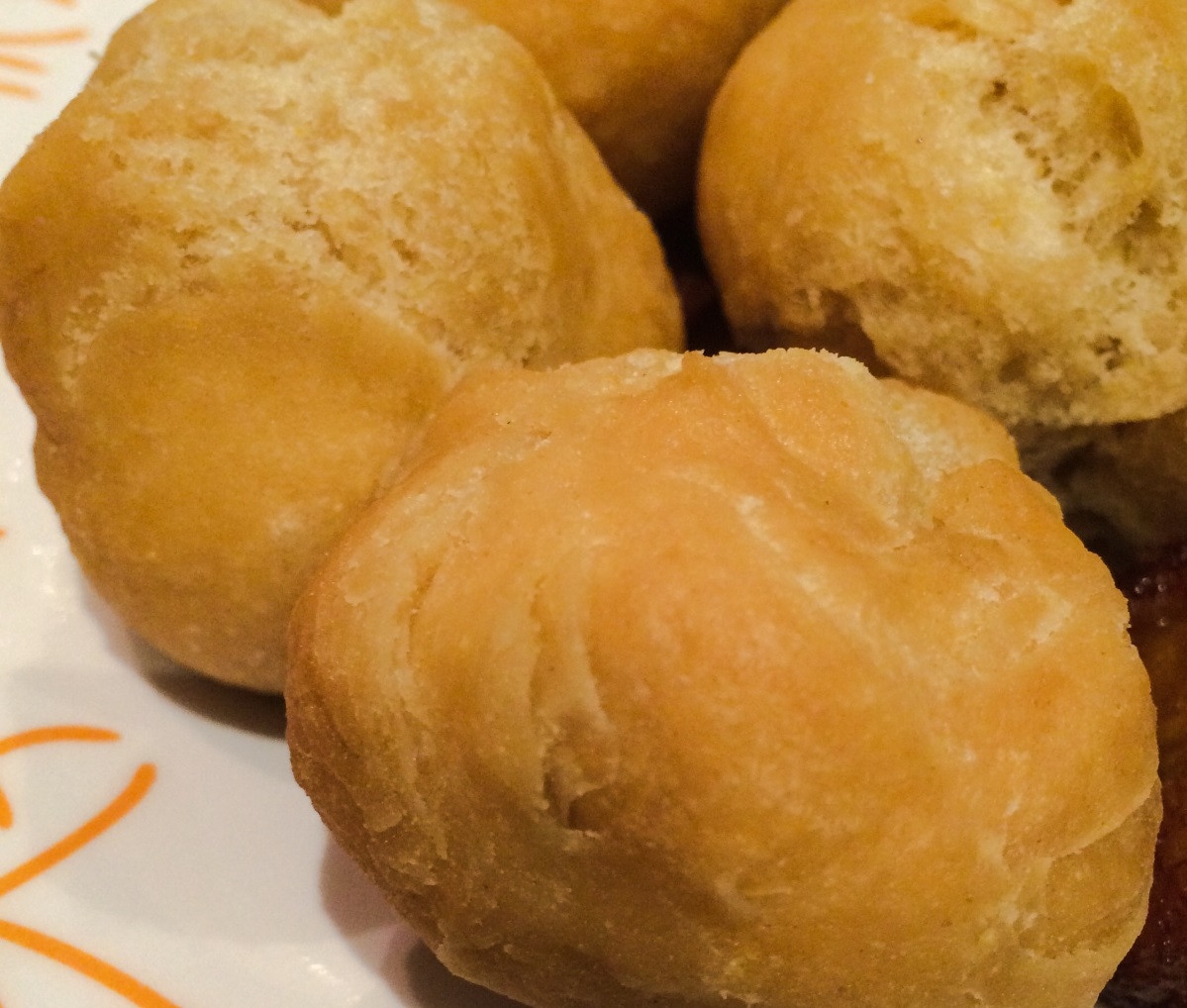 "The oil would pop everywhere, including her supposedly frail skin. She did not jump back in fear like I did, but instead, she stood tall against it."

India Lott is an undergraduate student at the City University of New York. She is shown above cooking with her great-grandmother, Leona Malone. 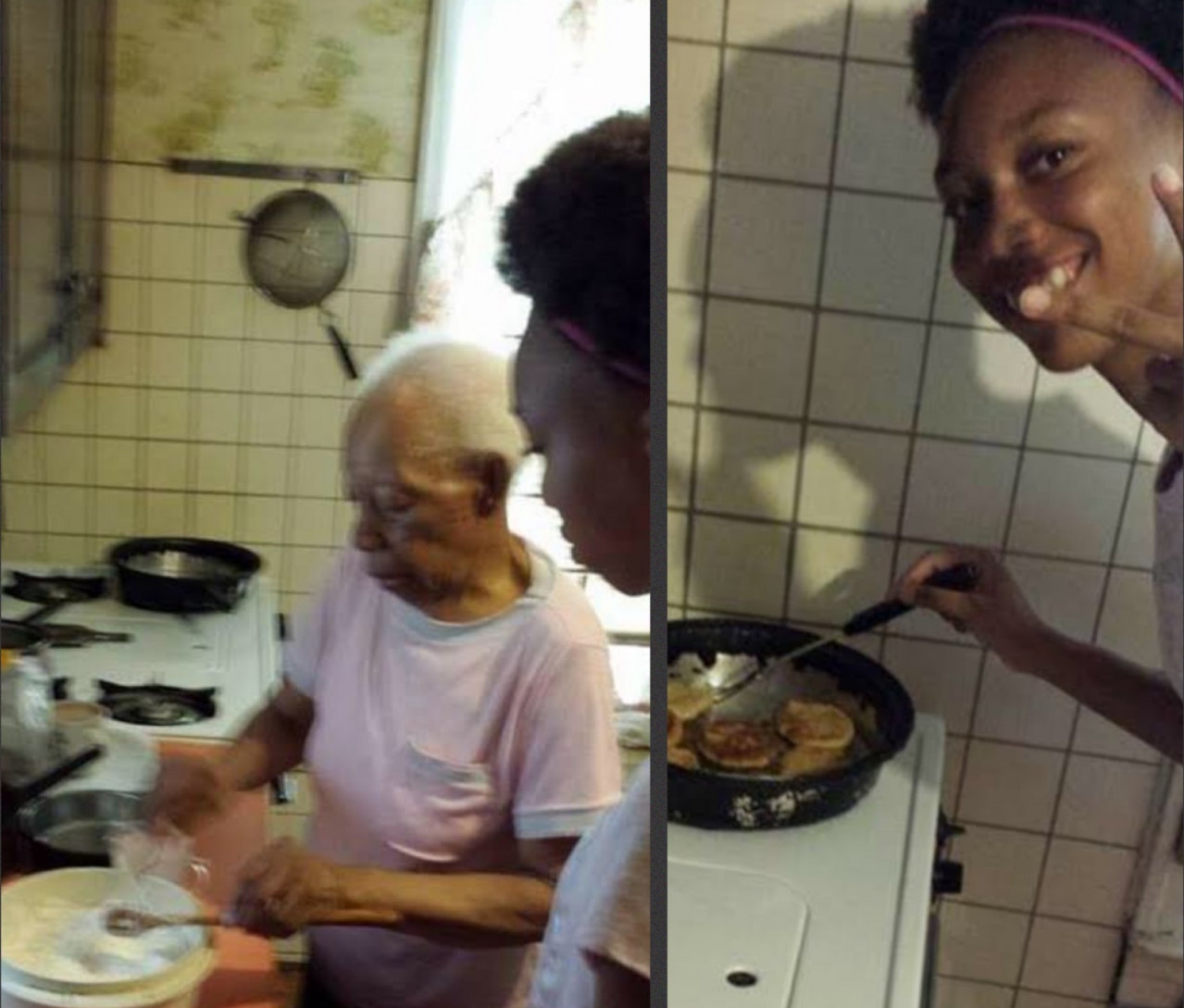 I entered through the doorway and was greeted with a loud pop! I shrieked, as any other 10-year-old would, and started running for the door.

But it was as fast as me. Actually, it was FASTER, than me.

Even though I had longer-than-average legs for a 10-year-old, I still somehow could not outrun my biggest fear. Just when I thought I got away, I heard another pop! Only this time, it landed on the skin of my arm. I started wailing and curling up into a ball by the door, being "over dramatic" as my father put it, as the stinging pain grew on my arm. The pain was so unbearable. I looked up, searching for any person that would give me some type of sympathy or comfort. Instead, my sister and father rolled their eyes and my Great-Grandmother chuckled as she turned around to continue cooking what was in the piping hot oil.

This was the day that my Great-Grandmother taught me how to make Johnny Cakes. I still remember it to this day.

For those who don't know, Johnny cakes are a nice treat in Caribbean culture. They're sweet fried dough balls. However, don't be fooled by the word "sweet", as they're "not-so-sweet" to make. I still get nervous when making these dough balls. When my Great-Grandmother first taught me how to make them, she rolled the cakes into a pot of piping hot oil with such ease. The oil would pop everywhere, including on her supposedly frail skin. She did not jump back in fear like I did, but instead, she stood tall against it. I have never seen that amount of courage in anyone my entire life. It was incredible!

I like to think that through this simple experience, she taught me to stand tall against my fears. It's been 9 years since I learned how to make the cakes, and though I still get scared of the hot oil, it's not enough to not make Johnny cakes in my Great-Grandmother's honor. Now, that's courage!