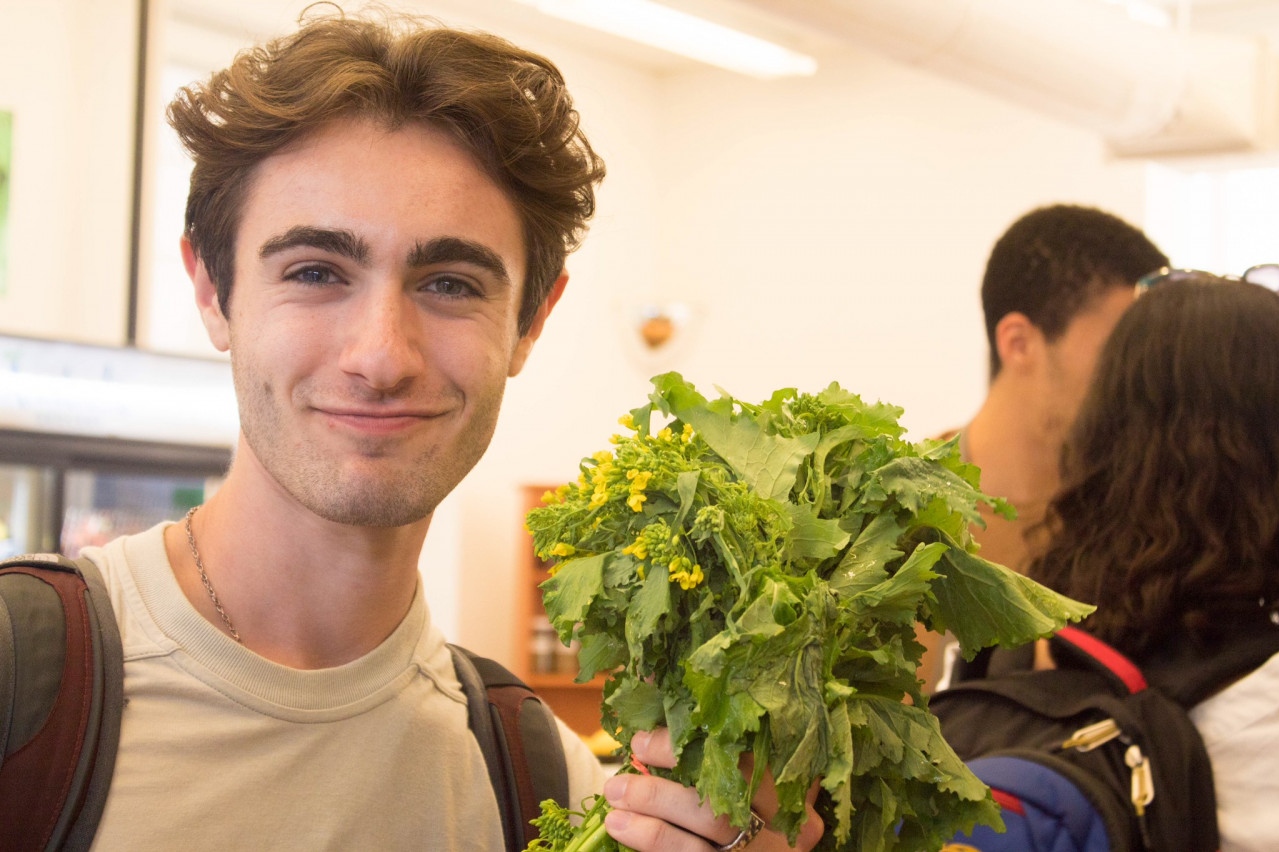 In recognition of his work with NAFSN, Ryan Stasolla received the 2021 Community Work Study Program's Employee of the Year Award from the David M. Einhorn Center for Community Engagement of Cornell University.

Ryan Stasolla has contributed to the evolving work of NAFSN during all three of his undergraduate years at Cornell University. Few in our organization can match his base of knowledge about our web-based resources and the trends he has witnessed throughout his experience. Ryan's work requires technical, outreach, and collaborative skills; he brings a gentle and genuine balance of all three.

"Working at NAFSN has nurtured my sense of awareness for all that the food system could be. In this space, I've found footing through inspiring and, at times, difficult conversations around collectivism and equity."

Ryan's contributions are diverse, and his responsibilities have included:

* helping to develop and maintain a free and accessible Jobs Listing of opportunities for food systems professionals;

* helping to connect users to a free and accessible Sustainable Food Systems Sourcebook to aid networking among allied people and programs;

* helping to research and describe multiple tools on the NAFSN website, such as: degree programs and fellowships in food systems; food systems salaries to promote equitable pay; and listservs to strengthen communications among communities of practice.

Now in his final semester, Ryan has assumed the role of a student leader at NAFSN. He helps onboard and train new work-study students and collaborates with organizational members and partners to envision ways in which NAFSN can improve outreach and marketing. He is keen on making our website more user-friendly and integrated before he completes his Cornell degree, with specific interest in reaching those early in their careers.  In his work at the Lyson Center, Ryan has also contributed support to NAFSN's sister program, the Journal of Agriculture, Food Systems, and Community Development (JAFSCD). He has written and edited research briefs for JAFSCD, such as "Developing a Price Comparison Study between Farmers Markets and Other Retailers."

If this were the entirety of Ryan's work-study contribution, it would be solidly commendable. But what makes Ryan's story so compelling is that he actively applies his earned knowledge about the food systems profession within the local community.

For example, Ryan plays an instrumental role at Anabel's Grocery, a student-run non-profit store and learning lab that makes fresh, affordable, and nutritious food more accessible for Cornell students. The store's mission includes promoting food justice at the forefront of its work. At Anabel's Grocery, Ryan cultivates relationships with local food producers, procurers, and distributors across the Finger Lakes region. He also facilitates a weekly Purchasing committee meeting and provides training for new members of the student-led team.

"Through Anabel's, I've found a fierce sense of agency to build community through food. What we do is so much more than just run a grocery store. We show up as activists, entrepreneurs, and changemakers."

Ryan is also a co-founder of a nonprofit initiative called bake[space]. The initiative raises awareness about inequities in food and restaurants systems, a twist on the traditional bake sale. Through bake[space] he fundraises for different non-profit organizations in his hometown of Hawthorne, NY, spotlighting their work.

Ryan puts himself out there, which is exactly how systemic changes in food systems often start. For example, he commented publicly on an ethical and legal question about food labeling in an October 2019 article in The Cornell Daily Sun. He developed Blue Hill's Dish Diary Project, consisting of over 2,000 entries, and researched information on restaurant sourcing and ingredient storytelling.

As he wraps up his last semester as an undergraduate, Ryan seeks employment in which he can further explore the complex nexuses of food systems development work. "... (L)ocal purchasing, connecting local supplies to community-based markets, carrying stories of farmers forward to consumers, confronting inequities in the food systems, learning about traditional growing practices " -- all are areas of interest.